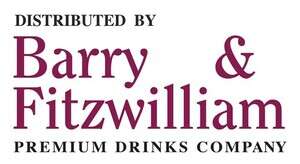 Since 1982, Barry and Fitzwilliam have been servicing the drinks industry in Ireland from their extensive warehouse in Cork city. They represent a variety of global Distilleries and an extensive wine portfolio.

Dalmore might just be the most legendary distillery in the world, when it comes to creating stunning whisky with real provenance. Dalmore was founded by Alexander Matheson in 1839 and now stands as Whyte and Mackay’s largest distillery as well as being the flagship for the brand. With four pairs of stills, Dalmore has a capacity of 4.2 million litres per annum and operates at near capacity, but still retains its quality and character.

In 1963, the spirit sprang from the Jura stills for the first time since the turn of the 20th century. The whisky distillery is the Isle of Jura’s one and only and underwent a substantial rebuild; nothing remained from the old buildings save for the walls. Despite the relative close proximity between Islay and Jura, the whiskies are rather dissimilar. Jura whiskies offer power, but none of the intense peat smoke of its Ìleach cousins from across the narrow channel between the two isles. The name derives from the Old Norse for ‘deer island’

Bruichladdich - Bruichladdich Distillery is a distillery on the Rhinns of the isle of Islay in Scotland. The distillery produces mainly single malt Scotch whisky, but has also offered artisanal gin. It is owned by Rémy Cointreau and is one of nine working distilleries on the island. The gentle character of the spirit is attributed by some to the milder weather conditions at Bruichladdich's locality, sheltered, as it is, from Mother Nature by the Rhinns, the rugged Islay mountain range.

Barry and Fitzwilliam will be offering samples from a range of brands including: